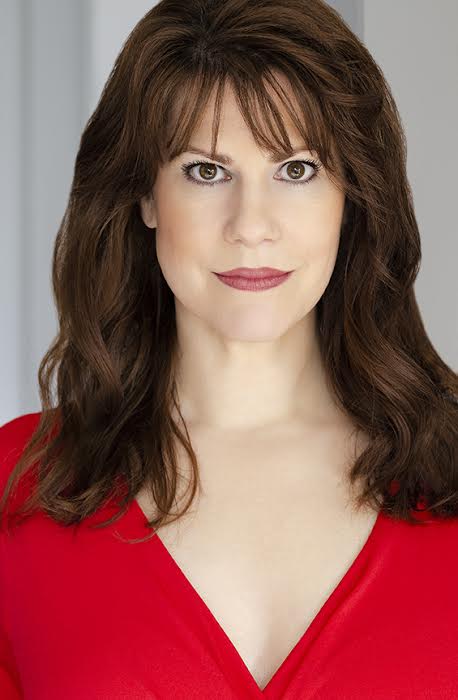 Music and acting have always been an important part of my life. I can’t say I was bit by the “bug,” as the bug just seemed to always be quietly sitting on my shoulder. The bug grew, and got louder. I started off singing hymns in four-part harmony with my parents and siblings at church (yes, we were that cheesy family…), moved up to playing guitar and singing a duet from Godspell in my high school talent show, graduated to teaching music in a NYC Ivy League prep school, and then made a slight turn to performing lead roles around the country in opera and musical theater, while still working with kids and belting some jazz/R&B from time to time. Perhaps I’m a bit artistically ADD, but somehow, inhabiting all these roles seems to bring a bit of sanity to my most demanding role of Mom.

For a bit more detailed bio, read on…!

New Yorker Michelle Jennings has been called “a commanding and attractive presence on stage with an expressive voice of great beauty and power,” (Baltimore Sun). Last season, Michelle performed the role of Kathy in the staged reading of My Father‘s Play, in New York City, she originated the role of Thjodhild in the world premier of Freydis and Gudrid, a Viking Opera, which completed filming in January 2021. In December 2020, she performed in a virtual jazz Christmas concert with Steve Sacks, which streamed in Tokyo, Japan, and she sang for the Marie Antoinette-inspired fashion film of Nigerian fashion designer Tia Adeola. Favorite lead roles in opera and musical theater performances include SweeneyTodd, The Music Man, La Cenerentola, Die Fledermaus, La Boheme, and South Pacific, performed in Virginia, Florida, Hawaii, Connecticut, New York, Oklahoma, and Washington, DC. She is also a member of the comedic opera duo, Divas Unleashed, who wrote and perform their operatic comedy show, The Benefit, around the U.S.

Enjoying a variety of genres on the concert stage and on recordings, Michelle has performed and recorded concerts of jazz, oratorio, musical revues, gospel and pop for television shows, commercials, studio recordings, and movie underscoring, heard in the US, Great Britain, Japan and Italy. In 2019, Michelle was honored to sing on a new musical recording produced by Tony award winner Nick Demos. Having been a school music teacher for nine years, Michelle stays connected with teaching children by raising money for New York City Public Schools music programs and teaching music classes to kids in the South Bronx and Manhattan. Michelle lives in Manhattan with her husband, pianist-composer Dr. Tom Jennings (Worship and Music Director at Redeemer Presbyterian Church,) and their two kids.

For me, the major delight of this production was discovering soprano Michelle Jennings, who played the role of Marian. Jennings has an     expressive voice of great beauty and power that would be at home on any stage, and she is an accomplished actress whose every word was clearly intelligible.  – Baltimore Sun

Jennings’ Yum-Yum is a remarkably flighty, self-absorbed creature, full of giggles and herself. But when she sings, the effect is close to magical.   -Tulsa World

Michelle Jennings was a sparkling, tempestuous Musetta who could flirt outrageously and fight passionately, and her more serious moments were a model of first-class acting and singing. – Asheville Citizen-Times

Jennings as Nellie is an excellent contrast to Loyd’s Emile. She moves about the stage with a kind of gawky grace, as if literally feeling her way through the world.                        – Tulsa World

For a change, I could actually understand the words sung by the sopranos, particularly those of Michelle Jennings. The latter is marvelous as the spunky Mabel, whose bel canto trills in ‘Poor Wandering One,’ qualify her for grand opera.                          – Town & Village (NYC) 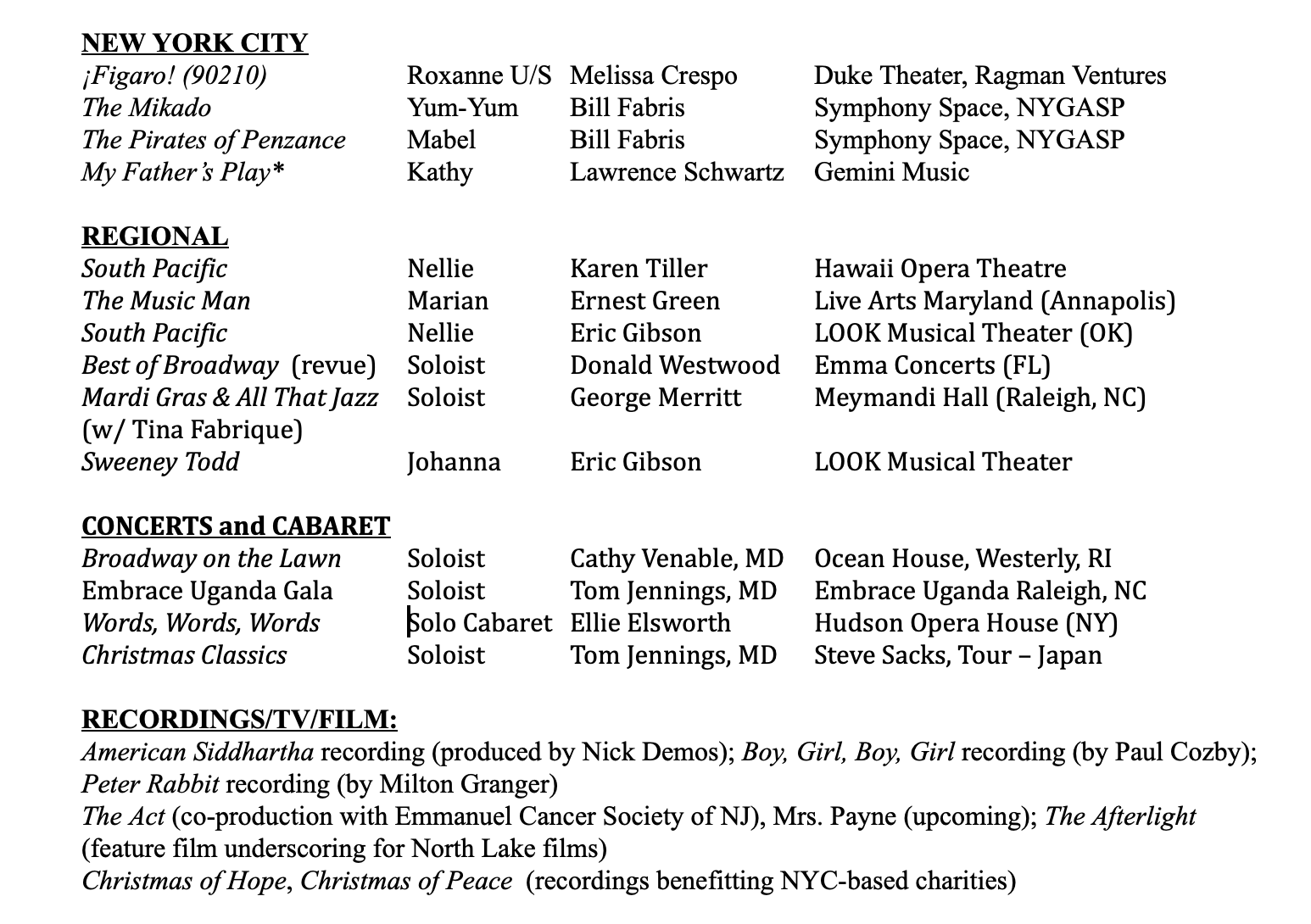 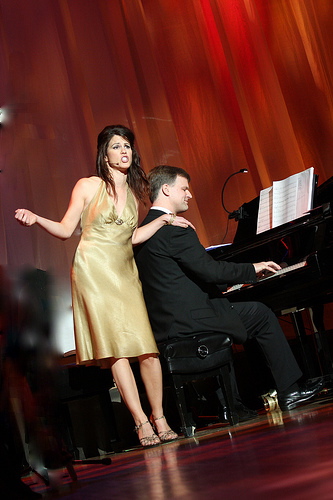 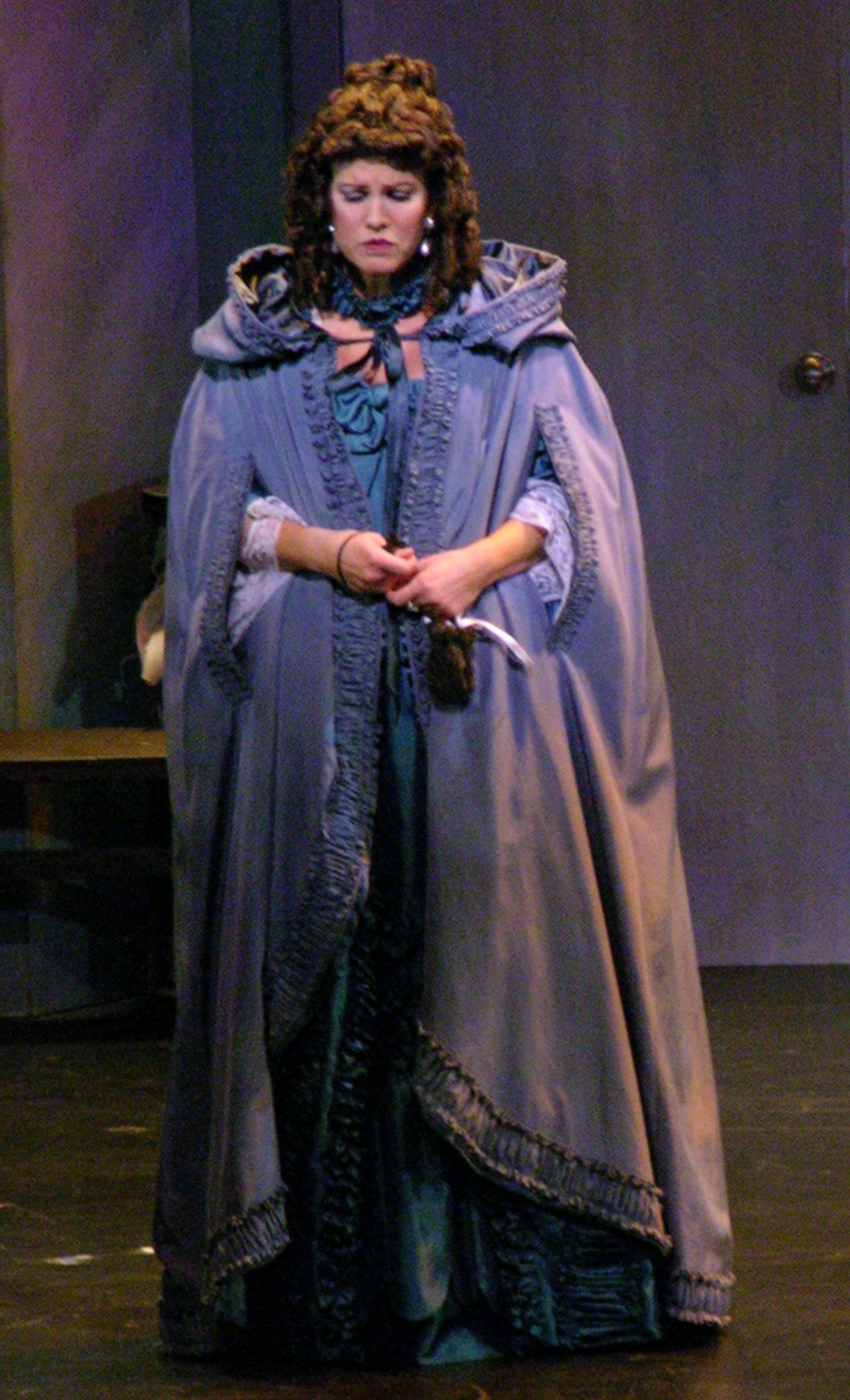